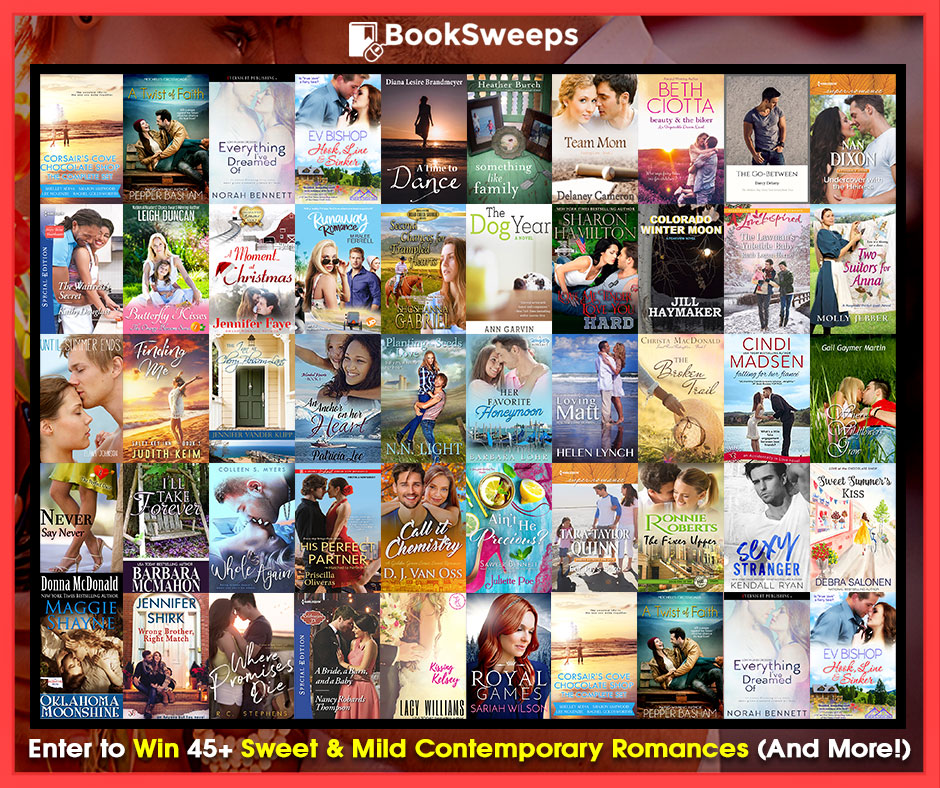 This week I teamed up with forty-five other novelists for a huge giveaway of Sweet & Mild Small Town Contemporary Romances which includes my debut novel, An Anchor On Her Heart,  to two lucky participants, Plus a brand new eReader to the grand prize winner.  The contest begins Monday, October 16 and runs through the 23rd.

As I thought about the opportunity, I remembered a contest I once won. When my husband and I were first married we purchased a home that needed improvements. As our money dwindled, the funds we had at our disposal would cover either a washer/dryer set or a refrigerator, but not both. Since the house came with an old, non-defrosting refrigerator (circa 1950) we decided it would do and purchased the washer-dryer combo.

Not long after, a local store advertised a “win your heart’s desire” Valentine’s Day contest. I decided I had nothing to lose by entering, told God I really would like a new refrigerator, and trotted down to the store to see what they carried. I signed up for the biggest, most modern fridge in the store. A side-by-side, it had three doors. One side held the refrigerator and the other side, two doors—the upper for a small freezer and ice cubes and the lower for regular frozen goods. I figured if I was going to enter I might as well enter big. I didn’t even know if it would fit the space in our house, but why not try?

A week later I got the call. I’d won. My husband thought I was pulling his leg when I told him, but when the refrigerator showed up at our door, he sheepishly recanted his disbelief. The oversized unit barely squeezed into its space, but the gorgeous yellow exterior brightened the room.

This group of books in the giveaway is going to make some reader squeeze space for them in his or her house. Or put them on an eReader. But winning will bring hours of reading pleasure and with winter coming that sounds like a great reason to try. After all, if you’re going to enter to win, you might as well win big.