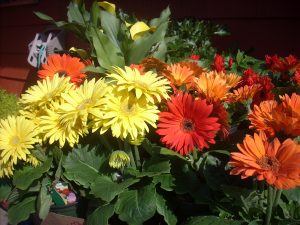 This week I made a terrible mistake.

The days had been crowded with critiques for my writing group, copy edits that were due to my publisher, a one-day writing conference, and in the midst of it, a reminder that I needed to send out a newsletter to my readers to comply with the new GDPR rules that went into effect May 25. To explain what that is would take an attorney. I didn’t need the task—I was tired.

I had saved several of the e-mail notices I’d received about the GDPR to use as examples from which to write my copy, many of the ones I read written in language easy to understand. When I sat down to put the newsletter together, I pulled up the samples and, forgetting that I had not re-written them, stuck one in my newsletter. The words were not mine to use. I sent the newsletter and sighed, glad I had finished the task.

The next morning I received a note from the woman whose words I had copied. I was speechless. How had I done such a thing? Acquaintances know I take my own pictures so I don’t infringe on copyright off the internet. I check my sources on everything I do. How could I have missed this? She had every right to be angry, and she was.

There are those who might say that since fewer than a hundred words were copied and I didn’t stand to gain monetarily from the incident, I shouldn’t worry about it. But I did. I had broken a cardinal rule in publishing. I took something that wasn’t mine and used it as my own. That is a big deal.

In Matthew18:15 believers are told: “If your brother sins against you, go and tell him his fault, between you and him alone. If he listens to you, you have gained your brother.”

I told the woman how sorry I was and I sought her forgiveness. This isn’t my mode of operation. I haven’t heard from her yet. I may have lost a talented writing friend because of this incident. But it is safe to say I won’t allow this to happen ever again.

Psalm 119:9 says: “How can a young man keep his way pure? By guarding it according to your word.”