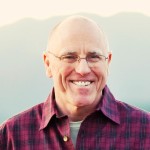 One of the benefits of attending a writer’s conference like the venue I wrote about last week is hearing from special speakers—usually writers—who have ventured down the path of publishing ahead of you and offer insights into the journey. Last week was no exception.

Ed Underwood, senior pastor of the historic Church of the Open Door in southern California, delivered three keynote addresses during the Oregon Christian Writers conference, speaking from the book of Romans. He challenged us to write as a cherished child, as one under grace and from a life offered to God.

Ed did not grow up in a Christian home which marked him with a deep appreciation of the Lord’s power to transform lives, families and cultures. He believes when Jesus Christ steps in, nothing should be the same. Ed’s messages brought tears to a lot of conferees as his words reached into our hearts and left us changed as well.

Ed is the author of When God Breaks Your Heart and Reborn to be Wild (David C. Cook), and his latest, The Trail: A Tale about Discovering God’s Will (Tyndale). He is a graduate of Dallas Theological Seminary, and as a younger man also served as an officer in the US Army and a firefighter for the US Forest Service. Fifteen years ago he was struck with a diagnosis that amounted to a death sentence—chronic leukemia—which began a journey of despair that led to deeper prayer and hope—and eventually to his first book. 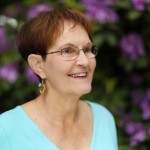 Jane Kirkpatrick joined Ed as the keynoter for the final day of the conference. Jane is a New York Times and CBA bestselling author of 28 books, which includes 23 historical novels based on real women. She is internationally recognized for her well-researched novels about people who actually lived. Conferees were treated to an opportunity to buy her newest book which releases in  September.

In her address, Jane spoke of believing as God would have us believe in order to weave both salt and light into our writing tapestries. “Always follow the thread through your story,” Jane said, “and you will never get lost. Never let go of the thread.”

Now that I’ve returned home I find myself poring over the notes I took, trying to emulate what I was taught. As a fellow writer posted earlier this week, writing is a continuing education, a never ending learning curve. Another said success is not measured in published works, but in the question, did you write what God had you write? If you did, then you have succeeded.

Colossians 3:23-24 instructs us: “Whatever you do, do your work heartily, as for the Lord rather than for men, knowing that from the Lord you will receive the reward of the inheritance. It is the Lord Christ whom you serve. .

What conference speakers have spoken to you?