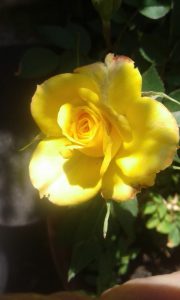 I’ve always held a quiet reverence for Daniel of the Bible, who, along with his friends, was taken captive and transported to Babylon under the rule of king Nebuchadnezzar—young Hebrews suddenly thrust into a culture quite different from their own. The foods, the rules, the dress were all strange to them. Yet they refused to blend into this new society in which they found themselves and steadfastly clung to the teachings of their youth.

Strangers in a stranger land.

Despite the obstacles, Daniel managed to rise to a position of power earning the title of prophet. God stood behind him and guided him in his dealings with the king. Because of Daniel and his friends’ steadfast devotion to their earlier training, the king Nebuchadnezzar became convinced that the  God of the Hebrews was the one true God and led his people to worship Him.

In our modern society I feel more and more uncomfortable about the cultural changes going on around me, as if I, like Daniel, have been taken captive and transported to a foreign land. I feel my basic beliefs are being challenged in an antagonistic assault by my captors. I ask myself if I am strong enough to stand up for what I believe in the face of a society that considers spiritual matters a sign of weakness.

Can I too represent the God of the universe? Can God use me to bring a nation to its knees as Daniel did?

Joshua 1:9 says:  “Have I not commanded you? Be strong and courageous. Do not be afraid; do not be discouraged, for the LORD your God will be with you wherever you go.”

In Lamentations 3 we are told:

The steadfast love of the Lord never ceases;[b]
his mercies never come to an end;
23 they are new every morning;
great is your faithfulness.

Knowing what God did for Daniel, I claim these truths for my own. Will you join me in the struggle? Put on the whole armor of God? He may be waiting for us to find our courage. Before it grows any later, we’ll be Daniels in our own land.