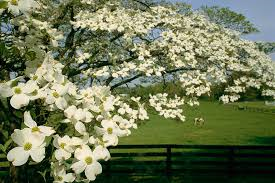 The dogwood has bloomed. The tree sits on a corner along the street I  follow to get to my bank. Every year I anticipate the arrival of the flowers, waiting for the splash of white blossoms to stir my heart as I hurry down the thoroughfare.

Not only is the sight breathtaking, it reminds me of the season into which we are about to enter. The most important day in the earth’s history is about to be celebrated, the remembrance one that affects every person on the face of the planet.

Two thousand years ago, God had sent his son to earth. After thirty-three years here, Jesus was about to fulfill his destiny. He traveled much of Jerusalem with his band of followers, teaching people about the kingdom of heaven, healing their diseases, restoring their loved ones. He’d made enemies and gathered many friends.

The Sanhedrin feared him because he spoke against the false teachings for which they were known. He threatened to upset the delicate balance the Jews maintained in the presence of the Roman occupation. They looked for opportunities to remove him.

He knew their hearts. He understood their thoughts. He sensed them watching him. He ate with publicans and sinners. He healed on the Sabbath. They were waiting to accuse him when the time was right.

Passover was coming. Jesus would enter Jerusalem to celebrate with his disciples. No one but him can know this would be the last time he would enter the city. His enemies waited. They plotted. They watched. Soon they would act. God’s plan was about to be fulfilled.

Acts 16:31 says, “Believe on the Lord Jesus Christ and you will be saved.” In the violent acts that would follow, everyone would gain access to eternal life. The innocent would be slain, the guilty redeemed, the key to heaven placed within everyone’s grasp. When Jesus entered Jerusalem, it would be only a matter of time.

This is the first installment in a three-part series leading up to the celebration of Easter.