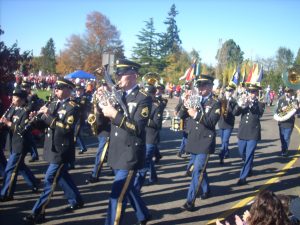 Veteran’s Day, a special day in which we honor those who have served in our country’s military, falls Sunday.

I was reminded this week of how much I owe those individuals who have given themselves to preserve my freedoms. My elderly neighbor, now 96, served as a gunner on a B-17 during WWII. My brother-in-law spent time in Korea during that conflict. A former classmate gave his life during the Viet Nam years. My nephew currently is stationed overseas. Countless others in more recent confrontations have risked life and limb to preserve the values our nation holds dear. They performed as soldiers, followed orders, and went where they were told.

Because of their commitment to keep our nation free, I voted, without a guard standing nearby checking my ID. I shopped, unencumbered by police scrutiny or restraints. I held a private meeting of my writer’s group in my home and no one knocked on the door to see if we were planning some surreptitious activity. On Sunday I worshipped at the church of my choice, not the state church chosen for me by an official. All freedoms I often take for granted.

If you know a veteran, or a military family, thank them for their service. Don’t downplay their honor by disagreeing with the conflict in which they fought. Each one is a hero. They faced horrors of war so you wouldn’t have to. They lost parts of themselves, either physically or emotionally, that they may never reclaim. Many of them fight demons over which they have no power, images of their experiences that came home with them. They lose sleep, they’re in pain, they struggle each day to go on.

Don’t judge them for who they have become in the wake of battle. Let them know, instead, they have not paid their price in vain. Appreciate what they were called to do. 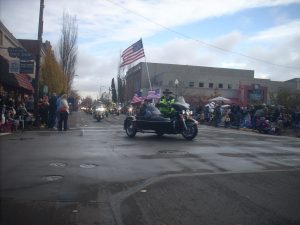 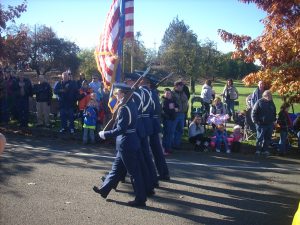