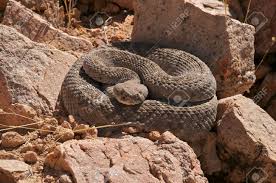 A trip to Urgent Care this week prompted me to consider the dangers my great-great-grandparents faced as they attempted to cross the prairie. What I discovered wasn’t what I expected.

Moviemakers have made us believe Native Americans, riding wild ponies and whooping at the top of their lungs, were the greatest threat. Few tribes are portrayed as helpful—building bridges over swollen rivers for wagons to cross, or supplying the pioneer diet with fresh foods.

Instead, we’re shown painted savages, flailing tomahawks and aiming arrows at the poor, helpless settlers as they crept two miles per hour behind a team of oxen across a field of parched grass.

Not so, say historians. Native Americans often were  more help than harm to those seeking new homes in the west. Disease, food poisoning, and accidents claimed more lives than any other cause—not exactly Hollywood blockbuster fare.

Poor sanitation and personal contact accounted for the loss of ten percent of the migrating population. Waterborne bacteria lingering in stagnant ponds brought on cholera. Symptoms included severe diarrhea, stomach cramping, and vomiting. The disease could kill its victim in as few as twelve hours.

Dysentery, a result of unsanitary conditions, became common and though not usually fatal, affected the very young and the elderly.

Mountain fever could strike anywhere. It didn’t often kill, but it could delay a wagon train enough to matter later. Measles came with children, who regularly recovered. Adults, on the other hand, could be fatally afflicted.

While gunshot wounds usually affected the men, falling off a wagon could prove just as deadly. A child over the side could land beneath a wagon wheel and be crushed.

Food poisoning from contaminated meals, scurvy from deficient diets, and pneumonia from changing climate added to the list of possible demise one might encounter.

Few doctors ever accompanied the wagon trains. No hospitals or emergency rooms waited to help them. They were at the mercy of those natives willing to help and the whims of an untamed land. I, for one, was glad to learn the natives provided their expertise in times of crisis.

Luke 10:36-7: (From the parable of the Good Samaritan.)   “So which of these three do you think was neighbor to him who fell among the thieves? And he said, “He who showed mercy on him.”

Acknowledgements: http:/www.nps.gov-scbl-planyourvisit-upload-death and dangers along the trails