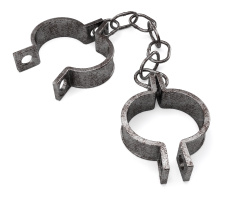 While my great-great-grandmother waited to join her future husband in Oregon territory, the slave controversy continued. Tempers flared and conflict threatened as the numbers of those fleeing for freedom continued to  climb. Laws threatened to change the landscape.

The first fugitive slave law, passed in 1793, stated that no person held to service of labor in one state, shall, by escaping to another state be discharged from their bondage. The ruling required both slave and non-slave states to return the runaway, and without benefit of a jury trial to prove the legitimacy of the claims.

As northern states moved to abolish slavery, the enforcement of the law relaxed. Officials withdrew from returning the runaway to his or her owner. Disregard of this law enraged southern state slave owners and would lead to the passage of the Compromise of 1850, a ruling some claim postponed the inevitable War between the States.

This second decision called for the return of slaves on pain of heavy penalty, but permitted a jury trial as long as the fugitives could not testify in their own defense. After its passage, runaways were at risk for recapture all their lives. Slave owners further drove the point that children born to escapees became the property of the mother’s master all their lives as well.

Oney Judge, one of Martha Washington’s slaves, fled to New Hampshire, married, and had a child. Despite living in freedom for nearly fifty years, she and her descendants were still legal property according to the decree and if the Washington family decided to press the point, all of Oney’s offspring could be returned to service.

Northern states moved to protect free black Americans from conscription by requiring proof the person in question was indeed a runaway and the property of another. As the need for laborers continued to grow, nefarious slave traders were known to drug, capture, and relocate black men and women to the south, claiming them as fugitives, even if they carried papers proving otherwise. More than three hundred cases have been documented.

I can only imagine the relief my great-great-grandmother felt when a letter arrived telling her the Oregon homestead had been claimed and her hero was on his way back to get her. That was 1850. Still, she would have to wait.