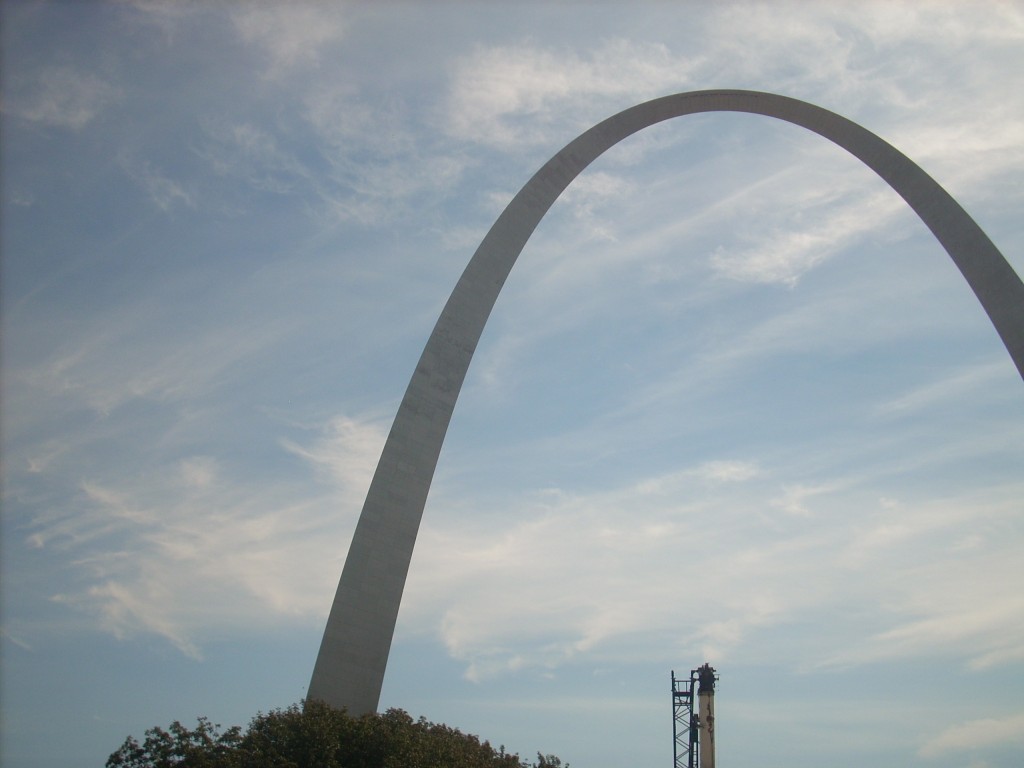 My trip last week to St. Louis, Missouri  for the American Christian Writers Conference lacked the usual assortment of plane delays and traveler faux pas about which I have blogged in the past. No misread gates, no flight delays, and no cancellations plagued me this trip, which have forced rerouting of my entire itinerary a number of times. Perhaps I’ve finally graduated to seasoned tourist after fumbling my way through the TSA  rules and regulations in recent years.

My midnight shuttle to the hotel transported me through darkened city streets, buildings aglow against the nighttime skyline. My driver explained the points of interest as we traveled, and I anticipated seeing more in the daylight. The view from my window the next morning revealed a city of contrasts—old structures flanked by new, streets raw from construction waiting for a layer of asphalt. Many of the newer buildings were being built to look like those years older, giving the city the feel of a once-upon-a-time grandeur.

Though I stayed at the Hyatt Regency at the Arch, my room did not face the park where the structure fills the landscape. Built in the form of a flattened catenary arch, the stainless steel crescent is 632 feet high, the centerpiece of the Jefferson National Expansion Memorial and an internationally recognized symbol of St. Louis.

Originally constructed in 1967 as a tribute to the western expansion of the United States, the impressive Gateway Arch is the world’s tallest man-made monument in the Western Hemisphere and is Missouri’s tallest accessible building. Yes, you can go inside and view the landscape below, but even as I ventured out to photograph the structure, the park was undergoing construction of new sidewalks. Detours pointed the way to the Arch, but I decided to forego further investigation.

All of St. Louis, it seems, is in a state of repair. My driver on the return trip to the airport explained that the older parts of the city, where abandoned brick buildings stand like fallen soldiers, have been purchased. A developer intends to restore as many of the structures as he can, preserving what remains of what once was a prosperous and thriving gateway to the West. I glimpsed some of the old buildings that line the freeway, as well as those that have met with the remodeler’s touch, and was glad something is being done to return the city to its earlier greatness.

In the future, the phrase “Meet me in St. Louis” may hold a much more beautiful meaning for those who visit.

One Reply to “St. Louis–Mix of Old and New”