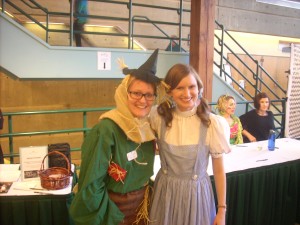 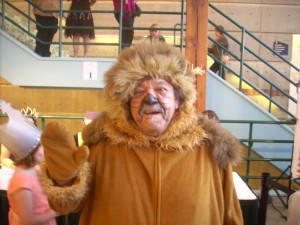 When Judy Garland starred as Dorothy Gale in The Wizard of Oz more than seventy-five years ago, the movie proved to be a technical marvel for MGM studios. Over the years, as technology advanced, the film was remastered, the colors enhanced, and new transcriptions made of Harold Arlen’s lost scores.

This past weekend our local symphony performed those orchestrations live while a wide screen above the stage aired the movie. Audience members showed up in costume, a local television station awarded prizes, and little children watched the classic film alongside a crowd filled with patrons well advanced in years.

The story of the farm girl is an age-old tale—a young person searching for a better life beyond the confines of their childhood home. Dorothy runs away from circumstances she can’t accept and lands in the magical kingdom of Oz.

In the book of Luke, (15:11-32)  the prodigal son experiences a similar quest, trying to seek adventure outside of the familiar, mundane life he sees himself living with his family. When he winds up broke and eating slop from a pig’s trough, he realizes he’d do better as a servant on his father’s farm and returns home. Both he and Dorothy discover a universal truth—being content is a state of mind, not a place.

Being content is a command. We’re not to worry about the things of this world.                Matthew 6:32-33 says, “For the pagans run after these things, and your heavenly Father knows that you need them. But seek first his kingdom and his righteousness and all these things will be given to you as well.”

Finding contentment in our lives will keep us from chasing after every whim, of straying from the path God intended us to follow. We will join Dorothy in saying, “There’s really no place like home.”

One Reply to “Seventy-five Years Following the Yellow Brick Road”