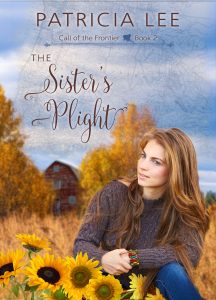 The prairie my great-great-great grandfather crossed with his new bride and her entourage of immediate family most likely seemed an unending landscape of dust, dirt, and scorching sun. He had ridden across this unforgiving territory once on horseback. Now he led his unsuspecting in-laws.

While the account of the Hills wagon train of 1851 is filled with numerous encounters of wild animals, Native Americans, and accidents that threatened lives, their journey continued with an unusual lack of incidents. In my upcoming release The Sister’s Plight, July 1st, 2021, I feature some of the hazards the family encountered while traveling west.

Indians they met were threatening, but not aggressive. In one encounter a chief brought dried meat for the settlers. In another the chief was angry that his people were dying of smallpox, and stood guard along the trail to make sure the emigrants did not stop or tarry. According to historians, Native Americans often were more help than harm to those seeking new homes in the west.

The Hills account does not mention loss from sickness even though poor sanitation often claimed ten percent of the migrating wagon train populations. Waterborne bacteria lingering in stagnant ponds brought on cholera. Symptoms included severe diarrhea, stomach cramping, and vomiting. The disease could kill its victim in as few as twelve hours. Dysentery became common.

The Hills wagon train mentions men taking off on their own and enduring an arrow as their reward. Another incident mentions the discovery of displaced whiskey left by the military trains tempting thirsty travelers to imbibe. While these situations were settler-instigated, swift discipline from the captain put an end to such shenanigans.

Gunshot wounds usually affected the men. Falling off a wagon could prove just as deadly. A child over the side could land beneath a wagon wheel and be crushed. Broken bones had to be tended by common sense volunteers as doctors on wagon trains were rare.

Lightning, tornadoes, and mammoth-sized hail attacked vulnerable wagons with fierce intensity. The settlers had to have courageous hearts and quick thinking minds to survive what life on the prairie threw at them.

They lived Philippians 3:13b: “But one thing I do. Forgetting what is behind and straining toward what is ahead.”

They came on faith. They came with gut-wrenching determination.

They came with hope for a better life.

The Sister’s Plight is now available for pre-order for .99 in eBook format until release day July 1, 2021.