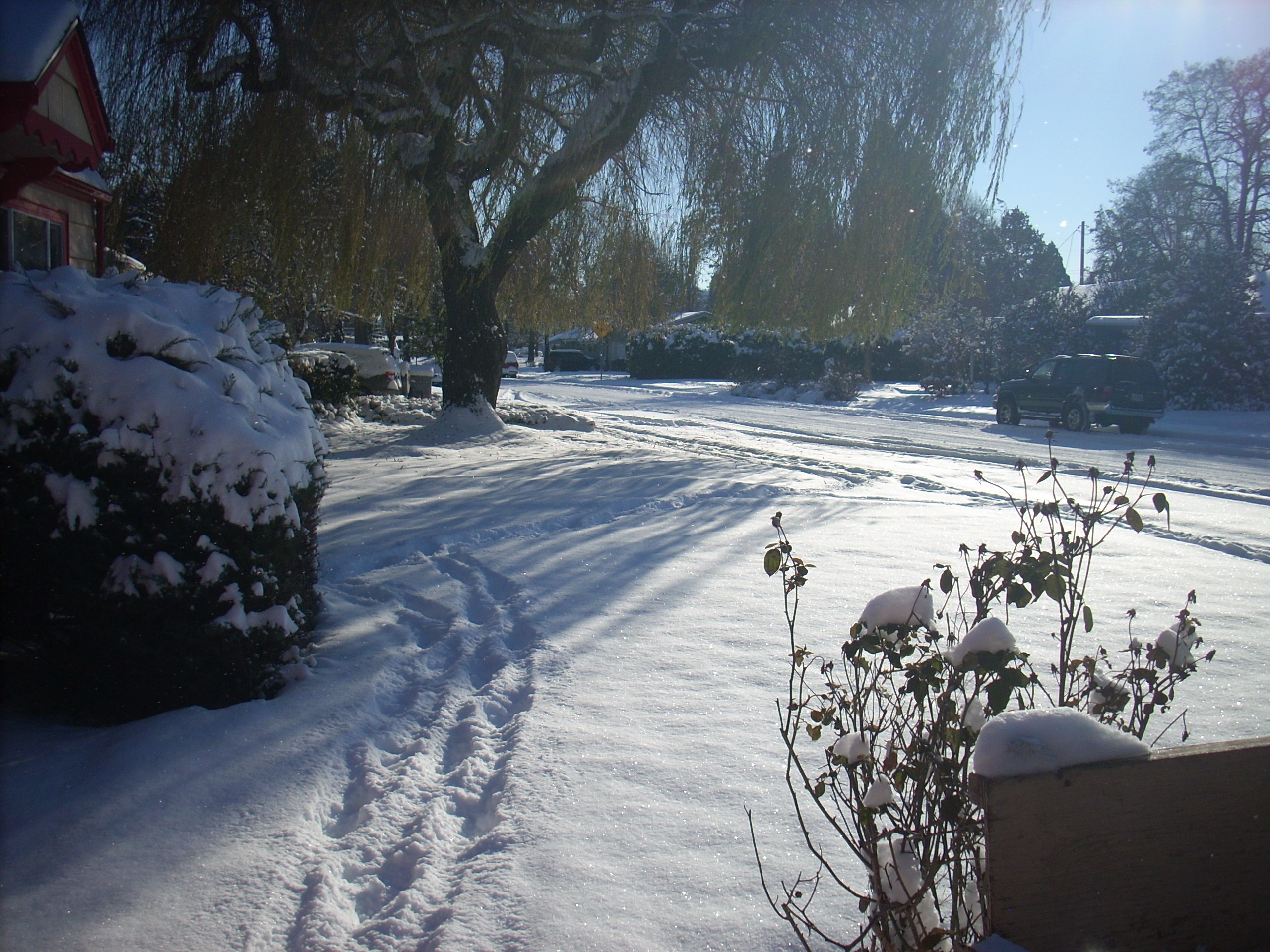 Since 1953, on the first Saturday of December, our small community of Springfield, Oregon has hosted a Christmas parade to usher in the holiday season. Merchants, parents, and children together anticipate the arrival of the hustle and bustle of Christmas, riding into town with the parade floats.

Decorated horses, fancy cars, and marching bands trek their way down the three-mile parade route. My church, which is located on the way, hands out hot chocolate and snacks along with  invitations to Christmas Eve services. Touted as the “oldest and coldest” Christmas parade around, the affair has never known to have been cancelled.

Until today—December 7, 2013—when the parade’s organizing committee chairwoman made the tradition-breaking decision to postpone, and for a very good reason.

Late in the week, a blast of cold Arctic air hit the Willamette Valley, bringing with it record snowfall and icy temperatures dropping into the single digits—something practically unheard of in this temperate, forested climate. Last night the thermometer sank to 12° with temperatures tonight and tomorrow night expected to hit 5°. Sounds more like Chicago weather than western Oregon.

Guessing how much work must be involved in planning this event, my heart went out to the woman, to be the first to cancel an ongoing tradition. But when the snow flurries began to arrive Thursday night, she is quoted in our local paper as saying that keeping the parade scheduled was too much to ask of the volunteers and too risky for the participants. Especially since this parade, coinciding with Pearl Harbor Day, would honor WWII veterans.  Considering how old those servicemen might be, her decision to cancel made good sense.

And so the tradition will carry on next Saturday, a week late, but still early enough to generate the Christmas spirit—perhaps more so because the well-being of all involved took priority over the reputation of the parade.  The WWII veterans will be warmer, the streets will be safer,  and the hot chocolate will taste just as good.

One Reply to “Postponing Tradition–The Oldest and Coldest Christmas Parade”