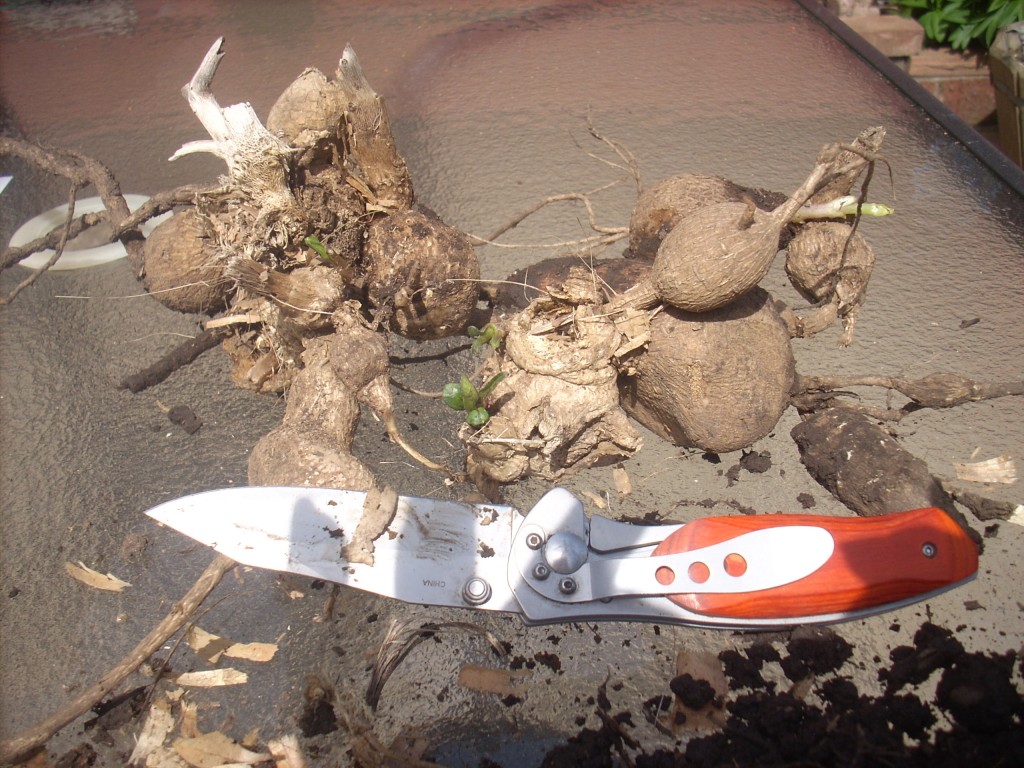 One of the benefits of living in the Pacific Northwest is the usually mild winters. The absence of severe weather affords flower gardeners like myself the advantage of not having to dig tubers every fall. We can leave fussy flowers like dahlias in the ground and know that if we mulch them and keep the soil well-drained, the plants will reappear the next season and bloom again without prompting.

However, left to their own devices, dahlias tubers multiply like fleas on a cat. After two or three years in the ground the plant has made so many new tubers that they suffocate each other. They must be dug up and cut apart, allowing the eye protruding on each tuber to send up a green shoot. The sprout will produce a full-fledged flower, given the chance. If not separated, the green shoots have no hope for survival because they aren’t well rooted and can’t get to the sun. Instead of a cluster of blossoms on sturdy stalks, the grower is left with a mound of brown.

In God’s scheme of things, our busy schedules are like the clump of overgrown tubers. We struggle to juggle one activity with another, often letting our relationship with the Lord take a backseat. Like the eager sprout on the dahlia, our faith fights its way through the maze of appointments we consider more important than time with God. Without encouragement and a regular pruning of our schedule, the seeds of faith dwindle for lack of space in which to grow.

Psalm 1:1-3 (NKJV) says: “Blessed is the man who walks not in the counsel of the ungodly, nor stands in the path of sinners, nor sits in the seat of the scornful; But his delight is in the law of the Lord, and in His law he meditates day and night. He shall be like a tree planted by the rivers of water that brings forth its fruit in its season, whose leaf also shall not wither; and whatever he does shall prosper.”

What important task in your too full schedule needs trimming that you might find more time with God? 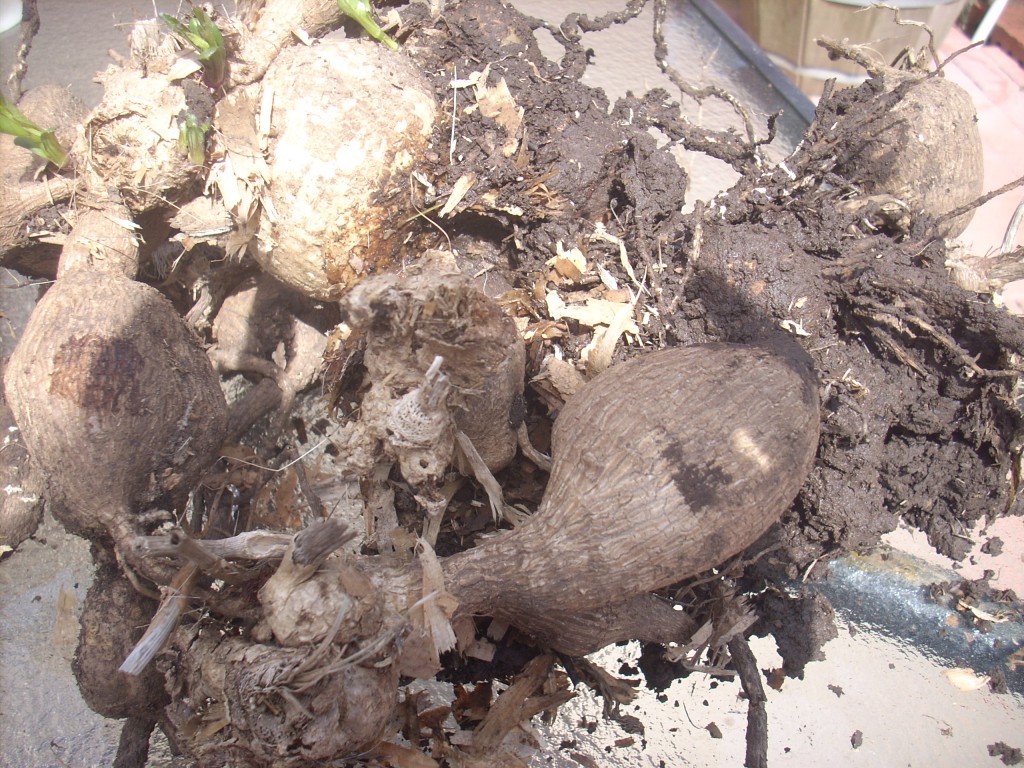