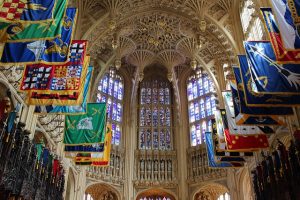 Were you one of us?

On Monday September 19, an estimated two million mourners lined the streets of London to say goodbye to the late queen, Elizabeth II, reigning British monarch for seventy years. Another four billion people worldwide viewed the funeral on television. The celebration of this  woman’s life impacted as many people in one day as a few prominent televangelists do in a lifetime. I have written several books but I haven’t influenced even a million people.

Before her coronation Elizabeth is reported to have bowed at the altar asking God to control and guide her life. She didn’t want to rule over a people unless God ruled over her.

Throughout the service the bishop told attendees that Elizabeth’s greatest desire was to live for Jesus Christ. He read from the Bible quoting verses explaining Christ’s way of salvation.

“For me the life of Jesus Christ . . .is an inspiration and an anchor in my life. A role model of reconciliation and forgiveness, he stretched out his hands in love, acceptance and healing.” Elizabeth was quoted.

Imagine the impact of that funeral message. Six million people hearing the gospel of Jesus Christ, many experiencing those words for the very first time. What a sphere of influence she had.

Yet her life was not empty of conflict. Elizabeth faced numerous challenges to her faith—incidents often created by her own family: a son who cheated on his wife leading the pair to a separation that would end in the death of the princess; another son caught in a scandal involving a pedophile operation; a grandson who married an American actress and then withdrew from the royal circle leaving the family unity in tatters. All ugly blots on the queen’s reign that the media  always played to its fullest advantage.

She faced each challenge with the strength of her convictions. No doubt crushed by the inferences of the family drama, she pushed forward, living by example, showing the world what it means to live by faith, to forgive, to keep reaching for the eternal prize of heaven.

Matthew 5:16 says: “Let your light so shine before men, that they may see your good works and glorify your Father which is in heaven.”

Well done, Queen Elizabeth II. You have been faithful in many things.  May the impact of my sphere of influence, though not nearly as wide, be as deep as yours.  Thank you for your example.