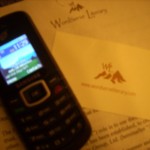 In recent years procedures in publishing have changed as routinely as technology has advanced. When I first wrote in the late seventies, a manuscript was packaged with a cover letter and mailed in a manila envelope to the editor. In the event the prose was rejected, every article was accompanied by a self-addressed, stamped envelope to insure the manuscript’s return.

Not so today. Almost everything is submitted electronically. Rejections fly home via cyberspace.

If you get a rejection, that is.

Some web sites state that if the writer doesn’t hear anything within six weeks, the company is not interested. No “Sorry Charlie” letters for you.

But more than that, with the deluge of written manuscripts landing on publisher’s desks, most, if not all, companies now require material to be submitted through an agent—one more hurdle for the beginning writer to clear.

I approached my first agent candidate in 2009. I loved her, took a class from her, and our initial meeting was fun. She asked for my manuscript, but six months later she wrote me a nice note saying that though there was a lot to like in my writing, she’d have to pass on representation for me because her agent load had increased substantially since we’d met. Rejection noted.

A second agent became excited about me when I was offered an initial contract with a major publisher. But after a couple of bends in the road we didn’t click. Another rejection notch on my gun.

A week ago, I signed a contract with an agent I’d met at Mount Hermon Christian Writers Conference. A gracious lady with a reputation for getting things done in the publishing world, she honestly appraised  my work, made suggestions for change, and when I met her criteria, began the process of submitting to publishers. I’d finally cleared that hurdle I’d worked for several years to achieve.

Having her on my team is like breathing fresh air. She’s terrific—making the contacts for me, and reporting back on what she hears. I feel as if I’ve moved to a different level in my career. An amazing ride. I know God had this partnership planned from the onset.

If you are a beginning writer, and you’ve been turned down by an agent or two, don’t despair. Pray about your choices. Work on your craft. God in His timing will bring you together with the person He planned for you from the beginning. Trust me, it will be worth the wait.

One Reply to “New Apps for Writers–Finding an Agent”