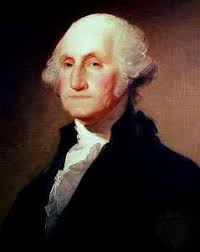 President’s Day? Or is it Presidents’ Day? Presidents Day? Washington and Lincoln Day?

In case readers think I can’t decide, I’m only listing the variations I discovered while researching the third Monday in February. According to different sources George Washington and Abraham Lincoln are the most well remembered and most celebrated leaders of our nation. Both have February birthdays.

Washington’s birthday on the 22nd became a federal observance as early as 1879, but in 1971 the date switched when the Uniform Monday Holiday Act was implemented. Instead of declaring a holiday for both Washington and Lincoln, thus taking two work days out of an already short month, most states combined the two occasions at that time. In my state of Oregon, it is Presidents Day, giving recognition to any past leader.

Whatever the day is called where you live, government agencies will probably close—no mail, no banking— and often there’s no local school, making the weekend a three-day opportunity for adventure.

But businesses will capitalize on the prospect of more foot traffic and bargain hunters. Sales will tempt every passerby.

There’s nothing new in any of this.

Christmas, where those who know celebrate the birth of Christ, and Thanksgiving, which is commemorative of the first harvest of the Pilgrims, have both become commercial landfalls aimed at the bottom line. The economy often rides on the profit and loss of these official days. The faith element gets overlooked in the stampede for good buys.

Whether you are relaxing on Monday, or adding to the gross national revenue, make it a good day. Easter will fall in April, but while sales promotions abound, a holiday usually isn’t merited. No  more time off, it seems, until May. Memorial Day.

That can be a long stretch in the middle of winter.