* Author’s note:  This is the fifth in a series of posts about the historical portion of my newest release: 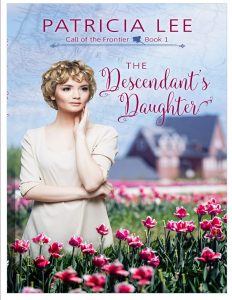 Riding into a wilderness meant anticipating many unknowns. Not only was the weather unfriendly, wild animals shared the forests with natives living nearby. When the main character in my newest release, The Descendant’s Daughter,  arrives in Oregon from San Francisco, she’s bewildered by the countryside. In wonder, she surveys the area where her ancestors once lived. The land has tamed in two hundred years, but to her it is a completely new environment.

As for my great-great-grandfather, he knew tribal members frequented the area when he chose the land on the east side of the middle fork of the Willamette River. Once settled, he discovered a family group of natives lived above a nearby second creek which ran parallel to the waterway traversing his land.

Historians believe most Indians living or passing through the Willamette valley were comprised of the Kalapuyan tribes. Some evidence of Molalla and Klamath peoples also existed. Artifacts found included obsidian arrowheads, rock scrapers, metates (flat table-like stones), manos (hand rollers made for grinding) and mortars.¹ The Indians hunted game, gathered wild berries, collected acorns which were crushed and ground into flour and harvested camas, a root that tasted like sweet potato.

My great-great-grandfather described those living near him as peaceful, often overly friendly, always begging for food or anything a white man possessed. After crossing the Plains and being threatened by more aggressive tribes, he found these people to be smaller and stockier, fish eaters, who seemed less mentally alert. Like innocent children, they had no concept of theft. Anything lying on the ground became an object to be picked up and claimed. Tools disappeared with frequency.

To snare fish they caught live grasshoppers and bound them with deer hair so only the legs could wiggle. Taking a hazel switch and a fine piece of sinew, they attached the bug and dropped it on the surface of the water where it would try to swim. A fish would grab for the grasshopper and get its teeth caught in the deer hair. With lightning swift precision, the native would land the fish on the bank.² Living so near to the tribe my great-great-grandfather learned many hunting tricks and self-preservation skills from his native neighbors, earning him the title of “Little White Brother”.

That endearing title would give him authority in the not-too-distant future.

¹Early Days on the Upper Willamette, by Veryl M. Jensen, 1970