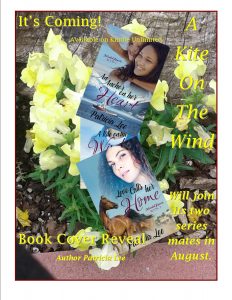 When the National Oceanic and Aeronautics Administration decided to move its headquarters in Bellevue, Washington to Newport, Oregon in 2009, the agency created quite a stir in the coastal community. My son, who had studied Marine Biology at the Hatfield Marine Science Center a few years before, knew many of the people named as essential players in the switch. Several had been his professors.

Not everyone involved with NOAA made the move to Oregon. Many kept their homes in Washington, since they spent much of their time at sea and opted to work from Newport, but to go home to Seattle. That triggered a need in my story to provide a really good reason for moving south.

With that background in mind, I chose the characters of my newest release, A Kite on the Wind, the third and final novel in the Mended Hearts series. I targeted a family who might have chosen or needed to make the move from Seattle to Newport.

Isn’t there more to the story?

Of course, but that’s all you get for today. It’s a story that will grip your heart and make you cheer from the sidelines. Always remember, not everything is as it seems.

The novel is set to release October 1 with pre-order available the middle of this month. With the pre-order date will come the cover. This is a decision made by my publisher. So for now all you can do is peek at the cover waving at you from behind the first two in the series.