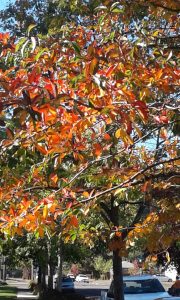 The first Monday in September was officially designated a day of rest for American workers by five states in 1887. Prior to that, protests demanding better working conditions for employees were first recorded in New York City in 1882.

My home state of  Oregon was among the first five states to recognize the need for a day like this. Later, in 1894, Grover Cleveland  signed a  declaration to make the date a national holiday.

At the time of the first labor day celebration, 19th century American workers, including children, were working long 12-hour days to support themselves. The day to day grind meant being on the job seven days a week. Pay was minimal.

Scripture teaches in 1 Timothy 5:18: “Do not muzzle an ox while it is treading out the grain,” and “The worker deserves his wages.”

Clearly this was not the case for many working class families. A job left little time for anything else. Missing a day of work meant going without something necessary for most.

Recognizing these working conditions were brutal, employees formed unions: groups of like-minded workers to demand better treatment. These unions led marches—the first occurred in 1882— and protested the working class environment. Some sold tickets at public picnics to fund the union cause. The gatherings drew support and recognition of the American worker’s plight and the protests reached the ears of Congress.

Though the Autumn equinox doesn’t occur until the middle of September, Labor Day has become the recognized date for the end of summer. September weather temperatures begin to drop. School begins again. Farmers treat the day as an official time to harvest crops. No more long holiday weekends will occur until November.

The date signals the end of summer with backyard barbecues, a final summer getaway, or shopping. Parades fill city streets. Federal, state, and local governments close their offices. Banks and post offices also shut down for the day.  It’s like the last long gasp of summer, marking the time for change.

How will you spend your weekend?