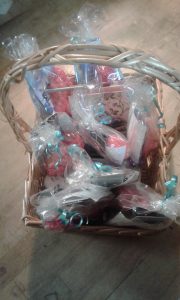 This past week I was invited to be the guest author for a local book club. I haven’t participated in a lot of these gatherings, so I don’t know what the protocol is for such an event. I make sure I show up with gifts and door prizes for these eager participants.

Readers are the backbone of the publishing world. Without someone to read a book I’ve written, and who, as a reader, often goes the extra mile by critiquing the book and leaving a review, writers like me would be dead in the water and no longer prompted to write. Without readers, the effort is wasted.

Book clubs are wonderful outlets for the author because the club members usually have already read the book when the author arrives and each person comes with his or her impression of the work. This feedback helps writers understand their audiences better. Future books will be influenced by the group’s comments.

Invested readers make writing fun. Often someone will have an impression of the heroine or hero that I never imagined. Or they will vent their frustration with this make-believe person and how he or she acted in a situation. To listen to readers discuss the story, one would think the characters were standing in the middle of the room waiting to take their curtain call. What a hoot!

The group I met with this past week had been reduced in numbers over time, and illness had claimed one or two the night I was there. But the group that remained shared potluck together, talked about An Anchor on Her Heart, and voiced their impressions of the novel.

Instead of a door prize to one attendee, we agreed to donate the free book, Love Calls Her Home, to the library where the group meets. One woman bought the third book, A Kite on the Wind, with the intent of donating her book as well. The library can now offer the entire series to its patrons.

Do you belong to a book club? I’d love to have your group consider one of my books for a group read and discussion. Let me know. Use the contact form on this website. I’ll look forward to hearing from you.