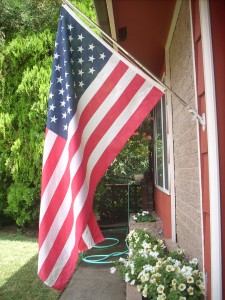 I sat down with my voter’s pamphlet this morning and read through the measures. What always surprises me when I do this is that the impressions I’d formed by the thirty-second sound bites on television are often quite different after I’ve read what the issues are in each proposed change to the state’s constitution. I can’t help but wonder how many citizens will take the time to know if the ballot they are casting represents what they actually believe.

Voting is a privilege—one not to be taken lightly. This procedure is a right given to us by our founding fathers. The vote represents the majority views of the electorate and those who win are deemed fit to lead by virtue of the election.

In many countries the leaders are not chosen by the people. They are appointed by a dictator, or they rise to the top of a military regime. What they say, goes. The freedoms we enjoy—to shop, to drive where we want, and to plan out our lives as we wish—are not enjoyed by everyone around the world. We can even peacefully protest the government and not stand in front of a firing squad.

We can make a difference—despite the controversy surrounding elections, in the face of ongoing backstabbers who persist in raising angry accusations at those in power, and by ignoring those who would destroy what we have. Each vote cast is a confirmation of our rights and civil duty.

But first read your voter’s pamphlet. Be informed. Understand the impact of what you are about to do. Then make the best decision you know how to make. Vote.

You’ll fulfill your role as citizen and keep our republic alive.

Romans 13:1 “All of you must obey those who rule over you. There are no authorities except the ones God has chosen. Those who now rule have been chosen by God.”