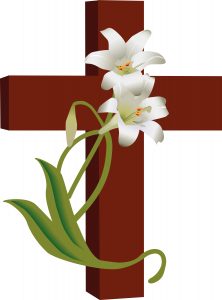 Jerusalem would become his last crusade.

Jesus knew he wouldn’t leave alive before he entered the city. But He went anyway.

After his triumphal procession the previous Sunday, Jesus spent the next three days teaching in the temple, giving final words of wisdom about God’ s kingdom to those who swarmed around him.

The Pharisees challenged him in the open and marveled at his answers. They couldn’t arrest him in daylight.  With the throngs of people in the city for Passover, arresting Jesus would cause a riot.

They lingered in the shadows, seeking their opportunity. They plotted, waiting for darkness.

Tipped off by one of his followers they came to Gethsemane where Jesus had come to pray. He knew why they were there so late in the day. He even asked them, pointing out their treachery. “Why did you not arrest me in the temple? You had plenty of opportunities.”

But Jesus knew why.

They hauled him off to stand before Pilate who questioned their motives. He could find no fault in this man Jesus.

The chief priests incited the crowd who demanded that Jesus be crucified.

They beat him, drove him through the city with whips, made him carry his own cross and nailed him to it. They pierced his side to make sure he was dead before the sun set on Passover.  Evil appeared to have won.

But on Sunday, the third day, he arose from the dead. Victory had been achieved.

Would you have that kind of courage? Only the Son of God could have faced the fate that awaited Him. And come out ALIVE.

What words can I add?

The victory’s been won,

The Battle is done.

With his Father watching,

Jesus went to the cross,

Gave his life for the lost,

In a borrowed tomb they laid him,

Sealed it with stone,

Early the next morning,

Nothing could go wrong.

But the tomb had been opened,

The stone rolled away,

With prophecy for the day.

Why do you seek the living

Just as He said.

Death had to lose.

Just as He promised,

Joy is yours to receive.