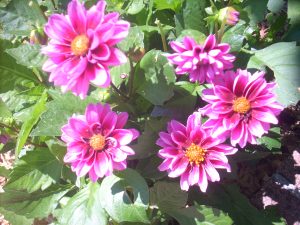 She and I met at a critique group meeting more than a decade ago. She had published many magazine articles and short vignettes, bringing a vast knowledge of writing and techniques to our group.

I was the newbie. I’d had magazine articles published here and there, but for this group I was experimenting with fiction. Geni became my cheering section.

I finished a manuscript and soon entered a contest. The writing group was sure I’d be among the finalists. When I didn’t place, and another from the group did, Geni sensed my disappointment. She drove to my house and presented me with a gift to encourage me to keep writing. I appreciated her thoughtfulness. I needed the encouragement.

The day she was diagnosed with stage four cancer, I became her cheerleader. Our group prayed her through the diagnosis, treatments, and the follow-up. She emerged cancer free a year later.  We’d experienced  a victory that had nothing to do with writing.

I soon moved on to another critique group that only wrote fiction. I didn’t see Geni often after that. When I  received my first contract and was due to release the first in the series, I reunited with Geni at a writing conference. She didn’t know my news so I surprised her with a bookmark.

She was happy for me, but asked if the book I’d been writing when I was with her had been published. When I told her it hadn’t and gave her the reasons why, she said she’d write to the publishers who had rejected the story and tell them why they should publish that work. I declined her offer, but was heartened that she still believed in me.

Not long after I participated in an author panel at a local bookstore.  Geni and her husband came and purchased several of my books, staying long enough to have them autographed. I considered it an honor.

This week I signed an addendum to my original contract to publish the story Geni believed in so many years before. I e-mailed her to tell her the news. I wanted her to be the first to know. She wrote back as only she could, “Such cool news.”

Even after being apart for several years, she still believed in me.

One Reply to “Here’s to Geni”