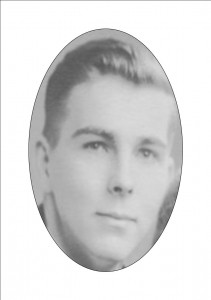 Dads come in all shapes, sizes, and levels of expertise, with pre-formed notions of what a father should be. Father’s Day can be a joy-filled occasion.

Or, for others, not so much.

Men who have been reared with a role model who taught character and values, or one who led by example, come into fatherhood with an understanding of their importance to the development of their child. Others come to fatherhood without the experience of a guiding hand and must figure out their place as leaders in their home.

With so many broken families today,  many boys grow up knowing only what their mothers could teach them. Being a man is a foreign entity to them. Often their view of the family is learned in locker room lingo and sexually explicit movies.

Not a great environment for future fathers.

Sad to say the cycle keeps repeating itself. The family unit grows weaker and society is plunged into further chaos. As part of her television role one actress spoke her lines with conviction—“Most fathers muddle through and hope for the best.”

What’s a father to do?

Perhaps we should turn to the writings given by the Father of all—our heavenly father who created and loves each of us. His word, the Bible, contains many stories of fathers in action. The patriarchs of the Old Testament often depict the strong father figure whose children are expected to obey. Example after example can be found for any seeking dad.

In Ephesians 6:4 come words of wisdom on rearing children: “Fathers, do not provoke your children to anger, instead, bring them up in the discipline and instruction of the Lord.” Sound advice to a father who doesn’t know how to be what God created him to be.

But God also holds the child responsible.
In Exodus 20:12 he says, “Honor your father and your mother, so that you may live long in the land the LORD your God is giving you.”

In Colossians 3:20,21, God places responsibility on both dad and child. “Children, obey your parents in everything, for this is pleasing to the Lord.  Fathers, do not provoke your children, so they will not become discouraged.”

God depends on dads to protect future generations. They are to be respected. If you honor Dad this weekend, know that there is always an eternal father watching over you and waiting to help in time of trouble.