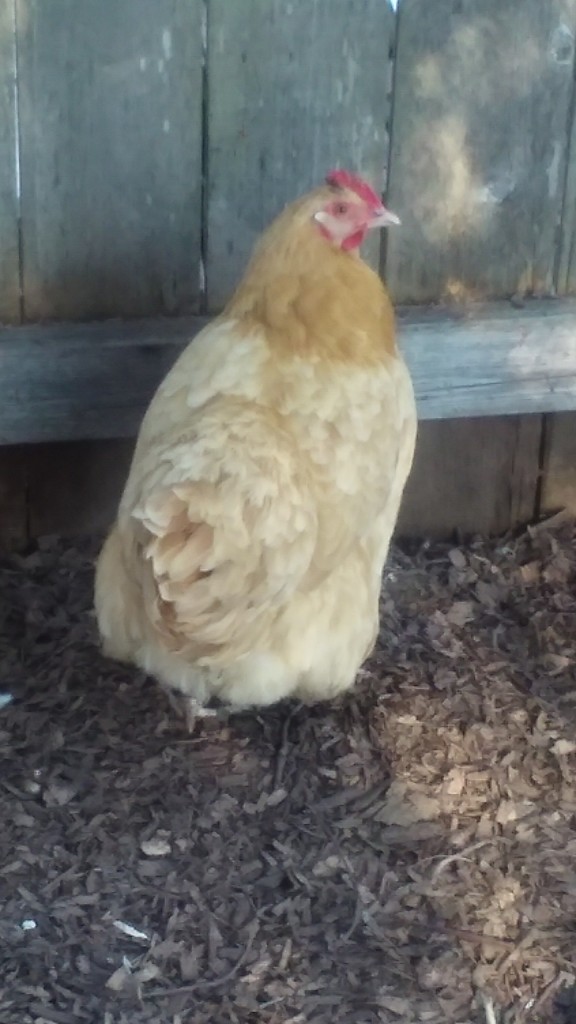 A year has passed since my husband and I decided we’d join the urban chicken trend. Our Golden Girls, as we refer to them, have feathered our lives with laughs and tabled our dinner conversation with antics. None of us is certain why we decided to embark on this path, but the cackle within the coop is the resolution proved its worth.

Both of us grew up with chickens. My earliest impressions were of flighty, senseless birds who gave up brains for grains somewhere in the progression of all things fowl. Not these girls. They are masterminds, capable of rivaling a military unit preparing basic maneuvers.

Our mornings begin promptly at dawn. City poultry owners are not allowed a rooster, presumably to keep the noise down, but four hens announcing they’ve laid an egg is enough clamor to wake the dead. If one hen isn’t up to the task of producing that day, she joins her sister lauding her efforts. My husband fears we’ll have to move.

Our days never lack for variety. Dorothy, our alpha hen, continually seeks bigger and better holes through which she can lead the others astray. Her Houdini-like abilities have created more than one scenario of heart-stopping peril.

Working in a back bedroom earlier this week, I thought I heard a sound—that low, drawn out rumble in the throat only a chicken can make. Sure enough, outside my open window, one of our two-legged four studied me as she roamed across the lawn from which she was forbidden. “What are you doing?” I asked. She turned, trumpeted her terror, and ran a lopsided, crisscrossed gait back to her coop. Didn’t fool me. She knew the consequences of her trespass.

My son laments that the hens are not paying for their keep. I’m not sure that’s true. When one considers the amount of giggles, sarcastic asides, and guffaws those four ladies have generated in their brief time with us, the value of their entertainment more than equals whatever deficit might exist in breakfast offerings. At two and three eggs a day, what would I do with more?