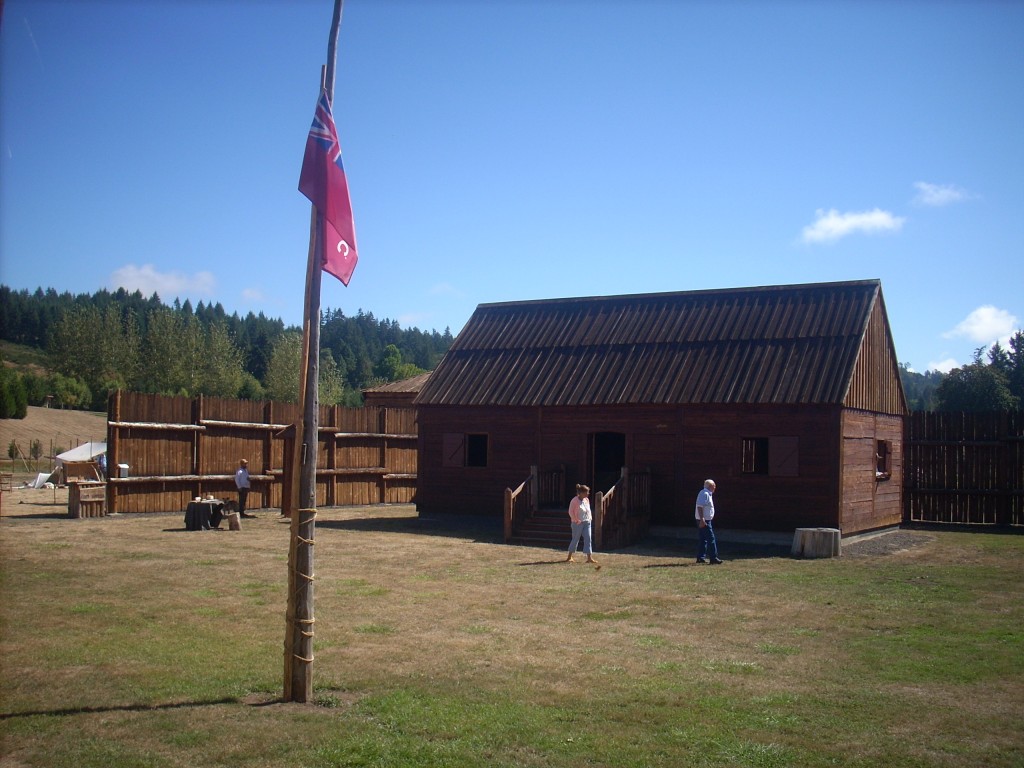 Over Labor Day weekend, my family attended Fort Umpqua Days in Elkton, Oregon. A two-day roster of activities waited; a reenactment of life as it existed at the original fort. Demonstrations of leather tooling and metal works at a forge were manned by volunteers. An authentic trading post was open for inspection. A cannon fired every half hour. Though the rebuilt structure occupies the opposite bank of the river from where Fort Umpqua operated, the site has been erected to match the specifications of the former facility.

An expert travelling guide, in her latest blog, explained that the Fort Umpqua was built in 1836 by the Hudson Bay Company and served as a midway trading spot for furs and other various goods. The site, located at the intersection of Elk Creek and the Umpqua River, was selected by Jean Baptiste Gagnier because of its proximity both to a known travel route for Hudson Bay Company traders and an Indian trail from Coos River to Ash Valley, which then followed the Umpqua River and continued to the Fort.

The twelve-foot high stockade enclosed a ninety-foot square which housed Gagnier and his family, various stores, apple trees, and quarters for six employees. Staff members consisted of French-Canadians with a mix of contract employees from Hawaii and Polynesia.

Diagonal corners served as areas of protection, bastions where guards could watch traffic to and from the fort. Twice the fort was attacked by Indians. Beyond the stockade was a barn and stable, along with eighty fenced acres under cultivation.

As furs were collected, they were taken annually to Fort Vancouver on the Columbia. Fort Umpqua served as a supply point for settlers traveling the Oregon-California trail and as a way point for travelers until it burned in 1851.