One of the greatest satisfactions when publishing a book is seeing its cover for the first time. My debut novel cover, An Anchor On Her Heart, was everything I could have imagined it to be.

This past week, I watched with wonder as the cover for my second book in the Mended Hearts series, Love Calls Her Home, became a reality. This story lent itself to different interpretations, but when the cover appeared the graphic artist had captured the essence of the story beautifully:

Lissa Frye has resigned her commission with the Navy and come home hoping to find a different future—a brand new job, possibly a husband, and eventually a family. But her plans are derailed when her sister shares serious news.

Kurt McKintrick, having lost his best friend to an IED in Afghanistan, has returned to help the man’s mother run a horse rescue ranch. Images of war plague him. Thoughts of anyone else he might love falling victim to an untimely end, including his former love interest Lissa, distance him from the person most likely to help.

Jayden Clarke’s life is turned upside down when a rancher who has befriended him is found dead, the horses neglected, the dog missing. Lissa and Kurt combine forces to help the hurting boy. Can Jayden be the catalyst that draws Lissa and Kurt back to love? 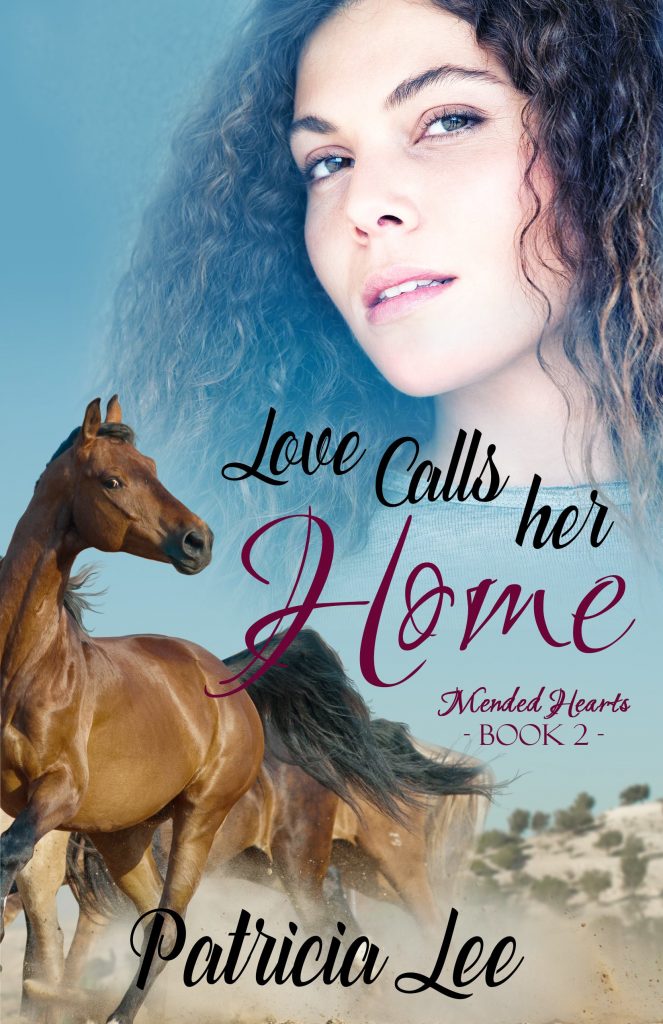 The novel releases in March. Tell me what you think of the cover.