This week I’m packing my bags for the Oregon Christian Writers summer conference in  Portland, Oregon. The conference has grown in recent years to include editors, writers, and agents from across the United States. It’s a great opportunity to connect with others in the publishing world, hone my skills, and renew old friendships. I have my own agenda as well—spend time with editors, find critique partners, and ask questions. 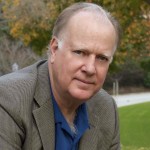 This year’s keynote speaker will be James Scott Bell, a former attorney and fiction author from southern California, whose best-selling titles include many legal thrillers. He has written instructional books on writing that have topped the lists of most authors who want to improve their craft. He is also a columnist for Writer’s Digest magazine.  I first met Jim at the Mount Hermon Christian Writers Conference and have taken several different classes and workshops from him. He presents his material in a straight-forward, but entertaining manner. Not to mention he’s an all-around nice guy.

Angela Hunt, the second guest speaker, is a multi-published author of both non-fiction and fiction novels whose titles have earned the coveted Christy award, several Angel Awards for Excellence in Media, and the Gold and Silver Medallions from Foreword Magazine’s Book of the Year. Her novel, The Note, was featured as a Christmas movie on the Hallmark channel in 2007. I’ve also taken classes from Angela, learning how to frame story structure on a skeleton. Yes! It’s true. 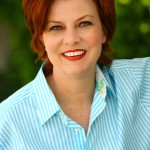 My roommate and I have planned this getaway like a vacation—making time for relaxing on the shores of the Columbia river, down time on the hotel patio, as well as attending classes and workshops throughout the four-day conference. I’ll be back with stories to tell. Who knows, maybe I can fix some of my writing flaws. You’re never too experienced to learn.