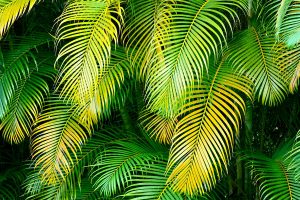 In our culture we celebrate numerous events—holidays, parades, political rallies, concerts—in many ways. These occasions take on various forms, dependent upon the theme of the event they are commemorating. St. Patrick’s Day, Christmas, and Thanksgiving are among the most popular.

Often participants, as well as onlookers, identify themselves with memorabilia like a hat, a sign, or a balloon.  Slogans adorn the foreheads of the hat wearers, or grace the front of a sign. One only has to survey the crowd to know who supports what cause or group related to the event.

When Jesus grew near to the end of his time on earth, he had to journey to Jerusalem for Passover. His reputation as a great teacher had spread throughout Judea and when the populace heard he was coming they hurried to make him welcome.

He would not leave Jerusalem alive. God had sent Him to earth for a reason. To fulfill his destiny he was compelled to go.

Before his entry he gave specific instructions to two of his disciples to go into the city and fetch a donkey. He would not ride a horse, for that was the manner of kings returning from war. Instead he came as a peacemaker, riding on an animal most of the populace would recognize for its humility. The story is recorded in Matthew 21:1-11.

Jesus fulfilled scripture as he rode into Jerusalem that last time. In Zechariah 9:9, the prophet had prophesied centuries before: “Say to Daughter Zion, See, your king comes to you, gentle and riding on a donkey, and on a colt, the foal of a donkey.”

The people meeting him didn’t have signs, hats, or banners. They were common people. All they had were the clothes on their backs and the palm fronds of the trees around them. They lined the streets, spreading their garments and the greenery over the roadway. They waved the palm branches as He passed. “Hosanna to the Son of David,” they shouted. “Blessed is he who comes in the name of the Lord.” They recognized him for who he was—the chosen Son of God.

As Palm Sunday approaches April 14, may you find your heart shouting with the Jerusalem crowd, “Hosanna in the Highest!”

With Jesus in your heart, you can leave this earth ALIVE!