Books on my Shelf to read: 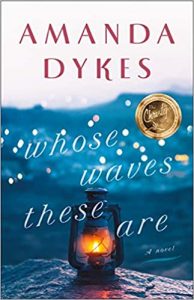 In the wake of WWII, a grieving fisherman submits a poem to a local newspaper: a rallying cry for hope, purpose . . . and rocks. Send me a rock for the person you lost, and I will build something life-giving. When the poem spreads farther than he ever intended, Robert Bliss’s humble words change the tide of a nation. Boxes of rocks inundate the tiny, coastal Maine town, and he sets his calloused hands to work, but the building halts when tragedy strikes.

Decades later, Annie Bliss is summoned back to Ansel-by-the-Sea when she learns her Great-Uncle Robert, the man who became her refuge during the hardest summer of her youth, is now the one in need of help. What she didn’t anticipate was finding a wall of heavy boxes hiding in his home. Long-ago memories of stone ruins on a nearby island trigger her curiosity, igniting a fire in her anthropologist soul to uncover answers.

She joins forces with the handsome and mysterious harbor postman, and all her hopes of mending the decades-old chasm in her family seem to point back to the ruins. But with Robert failing fast, her search for answers battles against time, a foe as relentless as the ever-crashing waves upon the sea. 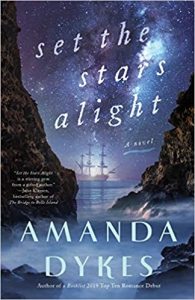 Lucy Clairmont’s family treasured the magic of the past, and her childhood fascination with stories of the high seas led her to become a marine archaeologist. But when tragedy strikes, it’s Dashel, an American forensic astronomer, and his knowledge of the stars that may help her unearth the truth behind the puzzle she’s discovered in her family home.

Two hundred years earlier, the seeds of love are sown between a boy and a girl who spend their days playing in a secret sea cave, while the privileged young son of the estate looks on, wishing to join. As the children grow and war leads to unthinkable heartbreak, a story of love, betrayal, sacrifice, and redemption unfolds, held secret by the passage of time.

As Lucy and Dash journey to a mysterious old estate on the East Sussex coast, their search leads them to a community of souls and a long-hidden tale that may hold the answers–and the healing–they so desperately seek. 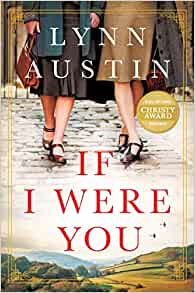 .1950. In the wake of the war, Audrey Clarkson leaves her manor house in England for a fresh start in America with her young son. As a widowed war bride, Audrey needs the support of her American in-laws, whom she has never met. But she arrives to find that her longtime friend Eve Dawson has been impersonating her for the past four years. Unraveling this deception will force Audrey and Eve’s secrets―and the complicated history of their friendship―to the surface.

1940. Eve and Audrey have been as different as two friends can be since the day they met at Wellingford Hall, where Eve’s mother served as a lady’s maid for Audrey’s mother. As young women, those differences become a polarizing force . . . until a greater threat―Nazi invasion―reunites them. With London facing relentless bombardment, Audrey and Eve join the fight as ambulance drivers, battling constant danger together. An American stationed in England brings dreams of a brighter future for Audrey, and the collapse of the class system gives Eve hope for a future with Audrey’s brother. But in the wake of devastating loss, both women must make life-altering decisions that will set in motion a web of lies and push them both to the breaking point long after the last bomb has fallen. 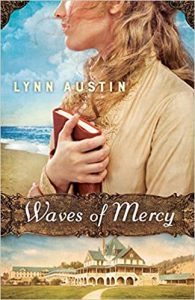 Geesje de Jonge crossed the ocean at age seventeen with her parents and a small group of immigrants from the Netherlands to settle in the Michigan wilderness. Fifty years later, in 1897, she’s asked to write a memoir of her early experiences as the town celebrates its anniversary. Reluctant at first, she soon uncovers memories and emotions hidden all these years, including the story of her one true love.

At the nearby Hotel Ottawa Resort on the shore of Lake Michigan, twenty-three-year-old Anna Nicholson is trying to ease the pain of a broken engagement to a wealthy Chicago banker. But her time of introspection is disturbed after a violent storm aboard a steamship stirs up memories of a childhood nightmare. As more memories and dreams surface, Anna begins to question who she is and whether she wants to return to her wealthy life in Chicago. When she befriends a young seminary student who is working at the hotel for the summer, she finds herself asking him all the questions that have been troubling her.

Neither Geesje nor Anna, who are different in every possible way, can foresee the life-altering surprises awaiting them before the summer ends