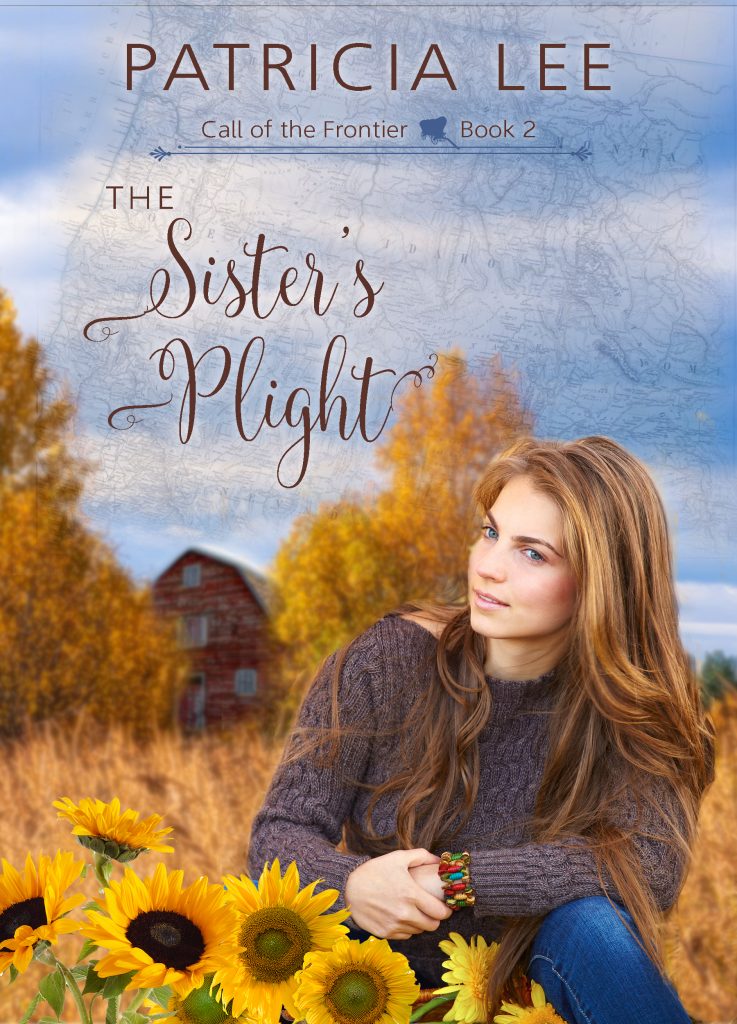 Intrigued by what appeared to be the outer shell of a ramshackle barn, Blake Bergstrom squeezed through a hole left vacant by a sagging door. The remnants of its hinge had pulled loose from the casing, exposing the narrow gap. The droop of the fascia board along the roofline and the list of the corners at strange angles darkened the interior, hindering visibility. Wary of the building’s safety, he stumbled forward. A shaft of light penetrated the roof, providing an eerie glow in the center of the space—enough intensity to cast unidentifiable shadows around the perimeter.  He blinked, trying to force his eyes to adjust to the dim core. Mold and other odors of decaying matter offended his nose. He held his breath. One good sneeze might send the old barn crashing to the ground.

He hadn’t expected to find a building on this isolated acreage his father asked him to explore. Dad had ridden horseback across these acres many years before with his former girlfriend, Cordelia Jayne Haack, a woman whom he believed once owned most of the hillside beyond. Now his newly discovered daughter and Blake’s half-sister, Halle Murphy Bergstrom, had inherited the acreage. For some reason this parcel wasn’t part of the greater portion. His father wanted to know why. Blake had come to scout out the land.

“I need to check that property for Halle.” Dad stared as if caught in a memory.

Blake had merely volunteered to check the boundary markers and planned to report back the numbers of missing fence posts and rails in need of repair. But here on the outside corner, buried in a stand of firs, he’d come upon the hidden walls of a long forgotten dwelling. Moss disguised the roof in copious shades of green. Overgrown saplings surrounded the crumbling walls. The front and sides were iffy at best. Only the back wall stood upright on its foundation.

Wonder what this once was.

He crept further into the dusky interior, noting what once must have been a row of stalls on one side. Three ten-foot uprights, probably the straightest supports in the place, held the main beam running across the ceiling. At the end, a spacious area filled with a mountain of hay stood open to a loft above. The wind sailed through, delivering more hay on its journey from the upper floor. On the opposite wall ancient hand tools hung in rusted silence. An assortment of leather harnesses and headstalls, their bits intact, covered the remaining corner. Cobwebs filled the spaces where an animal’s head or shoulder might once have been.

Was this a livery?

He picked up a pitchfork stuck in the mound and rustled through the hay. Dust as thick as a cloud of locusts kicked up, making him cough. He thrust the handle of the tool back into the silage so it would stand, startled when the tines connected with something solid behind the mound. Careful not to disturb the hay to avoid another invasion of dust, he pulled the debris aside and squinted to see beyond.  Wood mixed with metal emerged with each sweep of his hand. As he worked a door became visible. A separate room, perhaps? To the door’s left a set of rungs led skyward up the wall.

He reached for the leather handle and pulled. The opening widened a few inches, but the hay blocked movement further. As he continued removing the hay, the door swung toward him and he peered into the dim interior. A covered wagon stood inside. Why was this here?

The canvas top still stretched over the wooden bows that arched across the wagon. Blake noticed a few holes in the fabric, but if he considered how old the transport must be the condition of the covering amazed him. Missing a spoke here and there, the wheels showed signs of rot and rust. The frame, though, appeared rock solid.

Blake pulled his cell phone from his pocket to see if he had service out here. Only one band of wifi popped up. Not much, but enough for his needs. He ran an internet search for a more elaborate description of the conveyance. Images rolled up and as he scrolled through them he found one that duplicated the wagon in front of him.  A prairie schooner—used by the wealthier settlers crossing the plains in the 1800s. Who had left it here?

He turned sideways and squeezed through the narrow space he’d coaxed from the stubborn door. Light from the loft peeked over the top of the wall, illuminating the area enough to see. From all appearances this room had been framed in after the barn was built. It provided a safe place to store the wagon, which stretched from one corner to the opposite side, filling the space. He couldn’t resist the need to explore.

The wagon stoop appeared sturdy. Blake climbed up. The bench seat was narrow and cracked, the boards pinching him as he sat. He twisted away from the crude seat, the gap in the lumber and the lack of any cushioning making him wince. How uncomfortable a long ride up here must have been.

He peered into the empty bed, curious about the shadowed objects lining the interior. Containers that may have stored supplies as the family traveled were shoved along the sides. He lifted a lid and examined the inside, wishing he had a flashlight.  He moved toward the back, investigating each container as he went.

At the end he found a lock box built into the corner. He tugged on the rusted padlock and it crumbled in his hand. Sensing he was opening a space someone had once held sacred he raised the lid with caution. At first all he saw were cobwebs. But as he examined the interior more closely, he spotted a canvas bag stowed in one corner. Secured with a drawstring at its top, the small sack looked like a forgotten piece of cloth discarded by its owner as useless. He picked up the bag and fingered it, turning it over in his fingers. As he did, he felt something solid inside.

Blake’s imagination raced against his common sense. Treasure? Jewelry? Coin? He laughed at himself. No one would have left anything of value in the wagon this long. Unless the object had been forgotten. Or misplaced. For all he knew the lump could be a buffalo chip.

His voice sounded mute in the claustrophobic interior. He worked his way back to the front of the wagon, the canvas bag in his hand. He eased onto the bench, careful to avoid the broken board, and wiggled the sack’s tight drawstring open. Reaching inside, he withdrew the tiny object, wrapped in burlap, and laid it against his flattened palm. Pulling the outer protection aside, he stared. A small portrait of a young man with dark hair and deep-set brown eyes looked back at him. The watercolor image was framed in a gold casing, the smile on the man’s lips reaching out through time.

Blake stood back and appraised his find. Who would have left something like this stored far away and forgotten? He replaced the portrait in its canvas bag and dropped it into his pocket. He climbed down from the wagon and turned back toward the entrance, picking his way through the debris. A rush of wind outside raced through the hole above him, making the building groan. Blake hurried. No telling what might happen if the force grew more threatening. He stuck an arm out the gap in the door, but before he could crawl through a loud snap sounded, the building shook, and the front of the structure sagged nearer the ground.

Blake sprang back, waiting to see if the entire roof collapsed. The building stopped moaning, but the door he’d used to enter was now blocked. He turned back into the darkness. That wagon had come in through a larger entrance than this door. He remembered the rungs up the wall. They had to lead somewhere, he only had to discover where.

He stumbled back through the barn. The shaft of light from before had shifted with the collapse of the front roof. He found the room again and re-entered,  seeking another way out. Nothing stood out in the dimness, no obvious opening of any kind. He returned to the main barn and glanced for another exit. Standing to the left of the wagon room’s door, he shoved the hay aside and felt his way as he groped along the outer wall.

His fingers connected with a solid object and as he parted the lingering hay, he again found the rungs of a ladder. He tried the wood, testing the stair’s sturdiness. The dowel seemed sound. Glancing to the loft above he pulled himself toward the top, hoping to find an opening to the ground. Reaching the upper floor, he surveyed the area for signs of decay and rot. Missing boards left gaps in the surface, but for the most part the floor seemed solid.

He climbed in and stood. The loft opening to the outside was smothered by the saplings he’d seen earlier from the ground. Branches covered with leaves leaned into the opening. He couldn’t jump as he’d planned, but the tree trunks might allow him to climb down. The strength of the willowy branches wasn’t promising. He wondered if his weight on them might prove an eventful drop he’d regret. No time like the present to find out. He reached for a limb and stepped, pressing his foot into the trunk. With careful maneuvers he moved down the tree, limbs snapping as he went. A couple of the flimsier sprouts gave way as he descended, sending his foot into a slide down the trunk. The ground below crept closer, a five foot span waited as he reached the last branch.

A noise to the right startled him.  He peered through the foliage trying to find the source. Growling over a fresh kill, a small cougar dragged a hare through the brush. Blake waited, giving the animal time to claim his prize. The cat shuffled in the dense shrubbery, disappearing over a rise. Blake breathed deep. He didn’t want to be tonight’s entrée at a wild animal’s dinner.

He checked again for signs of the animal and seeing none, allowed himself to drop to the ground. He headed the opposite direction of the cougar, following the fence to where he’d parked his truck.  What would his father say about this discovery? Had he known there was an ancient building tucked into the hillside? Was this part of the original landclaim now owned by his half-sister Halle? Or had someone else laid claim?What about the portrait? Was there someone’s lover out there waiting for his intended to find him?

He climbed into the truck and started the ignition. The evening ahead promised to be interesting.