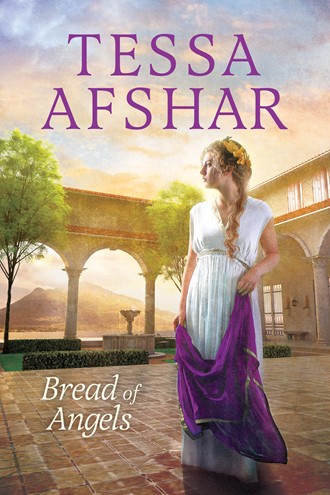 Bread of Angels, one of Tessa Afshar’s biblical history novels, is the retelling of the story of Lydia, the purple seller mentioned in the book of Acts, a woman who was Paul’s first convert in Philippi. I checked the reference in the book of Acts where Lydia is given barely a handful of verses, but the fact that she, a woman, is mentioned, along with her household, speaks to her importance in Paul’s ministry and to Christianity’s earliest beginnings.

What Afshar does with Lydia’s story is amazing. She takes her back to her girlhood in Thyatira where she learns the art of making purple cloth from her father. Being female, Lydia would not be permitted to run a business because she is unmarried. She is also not a Roman citizen. Both factors would have defeated her. Attempts to succeed would be snuffed for lack of customers.

Circumstances force her to flee Thyatira and set up shop in Philippi. Here we see her mentioned in Acts, not just as a purple seller, but apparently a successful one because she has servants, one of which is Epaphroditus, who journeys with Paul until his health forces him home.

I thoroughly enjoyed this story. I haven’t read any biblical fiction about Lydia in a while, so this was a real treat. Afshar’s background, first as an Iranian citizen, then as a resident of London, and finally as a Christian scholar in the divinity school of Yale University made the story come alive. I had the privilege of hearing her speak at the Oregon Christian Writers conference earlier this summer. Afshar earned an MDiv from Yale, co-chaired the Evangelical Fellowship at the school, and has worked in ministry since. She is the author of several works and has received the coveted Christy Award. Bread of Angels is published by Tyndale House Fiction. 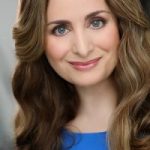