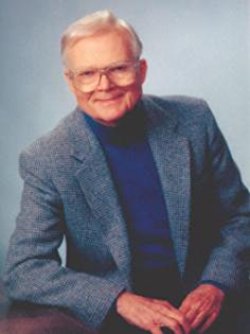 Not long after I married, I decided to pursue my life long passion of writing. Two initial successes in well-known magazines followed. To further encourage me a friend invited me to attend a writing conference with her.

The date was October 4, 1980. The speaker was Lee Roddy, a man whose writing career had moved from copy writer to radio network dramas to the sale of his novel to NBC, The Life and Times of Grizzly Adams. The story would become a prime-time television series for the network.

Later Roddy would write the Jesus film for Campus Crusade for Christ, which is now in more than three hundred languages and is viewed worldwide. Countless books are attributed to the genius of this man.

I don’t remember what Lee told us that day at the conference, but whatever it was I was moved to write him a letter. I posed the question about writing as a full-time pursuit. His response was to get creative in my thinking. Get beyond the obvious—magazines, books, newspapers—and find other avenues that could use what I had to offer.

Writing, he said, often requires a singleness of purpose. He asked what is keeping me from writing? What do I need to give up to devote more time to my calling?

Finally, he addressed the mixing of other money-making pursuits with the business of writing. He said many writers have to spend time like Paul did, making tents to survive while preaching the Gospel to those around him. A writer does the same.

This past week Lee Roddy, age 95, passed from this world to the next. Many writers mourned the loss, citing the myriad list of things they learned form this humble man. I will always be indebted to him for taking the time to write to me—someone he didn’t know, who didn’t really have a career yet, but  who had the audacity to ask foolish questions. His kindness will always be remembered.

I can only believe as he stands before the God for whom he spent his life writing, he will hear those wonderful words of Matthew 25:23: “Well done, good and faithful servant.”

Comment (1)
Campus Crusade for Christ Lee Roddy Matthew 25:23 The Jesus Film The Life and Times of Grizzly Adams Writing as a Passion

One Reply to “Bidding A Mentor Farewell”