This week I signed a contract for a new time slip series with Forget Me Not Romances, a division of Winged Publications, based in Arizona. The first book in the series, The Descendant’s Daughter, is already in production and scheduled to release soon.

This is a fictional story with two timelines, one contemporary tale that is woven with a historical thread, a genre that is new to me. The historical story is based on the journey of my own great-great-great grandfather who immigrated to the Willamette Valley in Oregon in 1847. I’ve enjoyed giving voices and emotions to people I’ve only read about in history books. 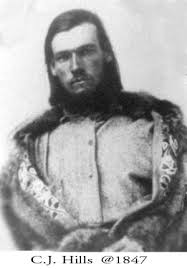 My great-great-grandfather heard the call. He’d left his childhood home in Cortland, New York and gone to work for his uncle on the railroad in Michigan. A fellow laborer filled his head with tales of the new territory, telling him the land was a place of “milk and honey” much like the Israelites were told before they entered Canaan (Exodus 33:3). Provisions of the Donation Land Claim Act of 1850 allowed an unmarried man to claim 320 acres in the Willamette Valley and if he were married, his wife could claim an additional 320 acres in her own name. That was unprecedented in previous legislation.

After gathering as many facts as he could find about surviving such a move, my great-great-grandfather invested in livestock and equipment to make the journey. He and a few other young men joined the Hulin wagon train in 1847. Hulin was known for his connections with John Fremont, who mapped much of the southwestern regions of the prairies and provided invaluable information for those seeking to come to the West.

My great-great-great  grandfather crossed the prairie on his faithful mare, Dolly, and even though a new easier route coming up from California had been established for wagons, avoiding the arduous path taken by fur trappers and miners earlier, the trek took six months. My great-great- grandfather’s adventure had just begun.

For the next few weeks I’ll be posting different accounts of this adventure. Stay tuned.