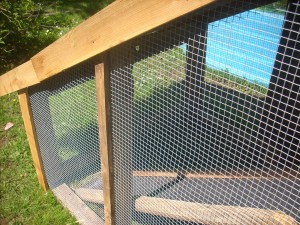 “Urban chickens?” My husband stared at me like I’d lost my mind.

My fascination with the idea came after reading a newspaper article which described the increasing popularity of backyard chicken coops. Urban chickens, as they were called, had created a demand for everything fowl, from coops to feeders to city ordinances governing them. A subtle return-to-our-roots kind of phenomenon was sweeping the concrete of our mini-metropolis like flash mobs in the local malls.

My husband and I both grew up on small acreages and had helped raise poultry, along with pigs, horses, cows—you name it. But when we married, we lived in the city. Farm animals didn’t belong. At least not until a visit to a nearby home show piqued my interest, displaying quasi condo quarters for the finely feathered elite. I especially liked the Cape Cod model.

The poultry discussion was dropped like a discarded piece of mail, only to resurface later when the bill came due. The debate over chickens resumed the following spring when a brochure from the local feed store advertised new chicks. We explored the possibilities once more and decided we could do this, purchasing four fuzzy little darlings content to live in a warm box.

My husband studied the Cape Cod design I liked and proceeded to build his own version. Since the chicks were little, he figured he had lots of time. Except they immediately sprouted feathers on their wings, followed by more on their backs. Each new feather drove his hammer faster.

Supposedly mobile, the finished home resembled Fort Knox. The hens had an upstairs apartment, complete with nesting boxes, and a light to warm them when the weather turned cold. A ramp led to the open-air lower story, which was encased in wire and bottomless, allowing grass to grow beneath their feet. No critter would dare breach the chicken compound.

Our ladies moved in last week, even though the exterior still needed paint. Other than an occasional squawk when their food runs low, we’ve had no complaints. My husband sees to their every need. Pets them when he visits. Brings them fresh straw and water.

And he thought I was nuts.

All I have to do is sit back and wait for the eggs.

4 Replies to “A Coop Fit for Ladies Orpington”