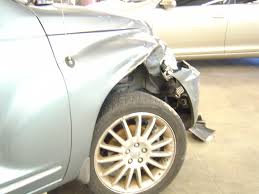 My adult son traveled to a distant city for a work-related conference and collided in rush-hour traffic, stranding him more than a hundred miles from home. No one was injured.

I prayed and asked for prayer from social media friends. One offered a ride through her husband, who happened to be in the same city. I met them halfway. God was good. I was grateful.

The insurance company moved the vehicle to an auto body shop for repair estimates. Preliminary figures arrived. The numbers were staggering, the car deemed a total loss, a settlement forthcoming. Amazing what damage traveling at 15 mph can do.

Meanwhile, another insurance company inquired about the vehicle. Same collision date. Same make, model, year, mileage, color and towing company. The repairman called to see if they also insured us. No.

After investigating, the repairman called back, chuckling. Two vehicles were dispatched by the towing company—identical make and model—for estimates. When only one showed, the adjuster assumed the vehicle identification number matched ours. It didn’t. The estimated damages were for the other car. Bizarre, but back to square one.

After a second evaluation, the appraiser declared our car repairable. We celebrated for a day. Then the mechanic looked under the hood. More damage. Costs mounted. Settlement offered. Though the car had been in dealer-showroom condition, if repaired, it would carry a salvage title. Difficult to insure.

I wish this story had a happier ending. I cried as the call to surrender the title was made. The tears weren’t shed for the car, but for the history wrapped in that mangled piece of steel. College graduation present. Wheels to grad school. A ride to and from an internship. No sum or settlement was great enough to cover the memories.

But I also shed tears of joy. God oversaw the details. Everyone remained safe. Car will be replaced. Life moves forward. Who can ask for more?

2 Replies to “A Bizarre Twist on a Mangled Tale”